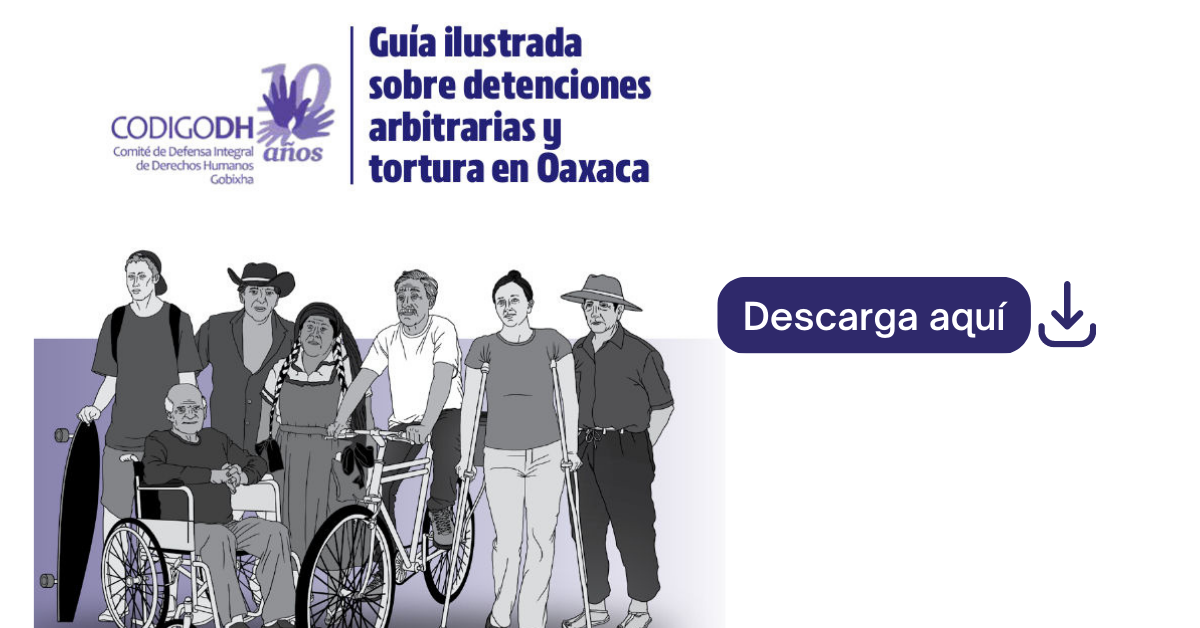 OAXACA, OAX. – According to data from the National Institute of Statistics and Geography (INEGI), 57.1 percent of the population does not trust the municipal police in their city, due to the impunity with which authorities have acted in Mexico.

The increase in mistrust towards the organs imparting justice, the re-victimization of people who have experienced serious human rights violations, and torture, are the causes for the decrease in formal complaints and the increase in the underreporting of torture cases.

Recently, the LXV Legislature of Oaxaca approved an exhortation to the head of the State Executive Branch and to the Secretary of Public Security to provide training to police officers in order to prevent arbitrary detentions, human rights violations and cases of torture (the latter also omitted from the legislators’ exhortation).

At Codigodh we have documented the torture exercised during arbitrary arrests: “In Mexico we have grown up with the idea that the violence committed by the police during arrests is something normal, which prevents us from seeing the seriousness of these practices such as torture and cruel treatment, as well as the psychological impact they cause in the lives of the victims and especially their families”.