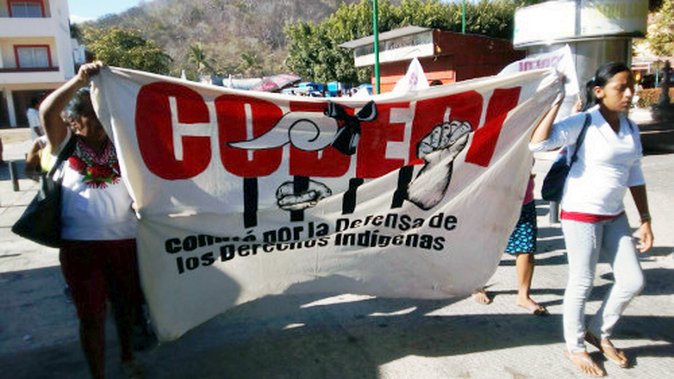 On the 12th of February the members of the Indigenous Rights Defense Committee (CODEDI) were returning from a meeting with local authorities which included the state’s governor Alejandro Murat Hinojosa in Oaxaca city. The attack happened near the Metate Mountain at about 10:30 p.m. local time. Three people were killed and one of CODEDI’s founding members Abraham Ramirez Vasquez was wounded.

According to Telesur, the survivor said the hitmen were driving a green truck, were heavily armed and looked like ministerial police force.

The attack is an evidence for the existence of a state policy directed at silencing dissenting voices, in this case, by the extinction of human rights activists.

It’s a dirty war that is getting worse in the face of the current electoral campaigns shown by the increase in death threats, surveillances, defamations, disappearances, raids and now murders. All of this happens due to the high impunity that has existed in Oaxaca since decades.

Therefore civil organizations and social groups calls on the national and international community to stay observant of the situation of human rights activists in Oaxaca.